You may have often read that “we are stardust.” It is a rather accurate expression, especially if we think that most of the elements that make us up (this scarce 5% of the baryonic matter of the universe) emerged from the core of a star and from a whole process of death and destruction. But what do we call stardust?

Nanocosmos has participated in this study, explained in the outreach article “Funambulist stars”, that you can continue reading by clicking here.

BICC is the acronym for “XXIX Bienal Internacional de Cine Científico Ronda-Madrid-México 2018”, the biennial international event for science movies. Our documentary “NANOCOSMOS: Un viaje a lo pequeño” has been selected as finalist in this contest within the category of “Science documentary”. 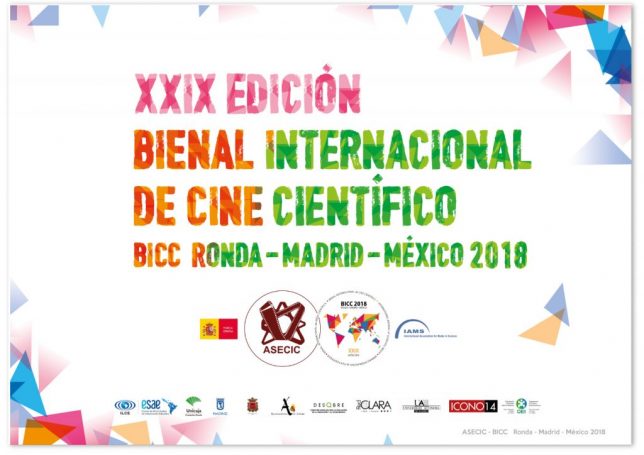 We are very proud to do our bit in science communication!  Even if we don’t get any prize, we acknowledge the jury for considering our movie for the contest.  We will stay tuned for the date of the ceremony. Let’s cross fingers!

Link to the BICC press release (in Spanish). 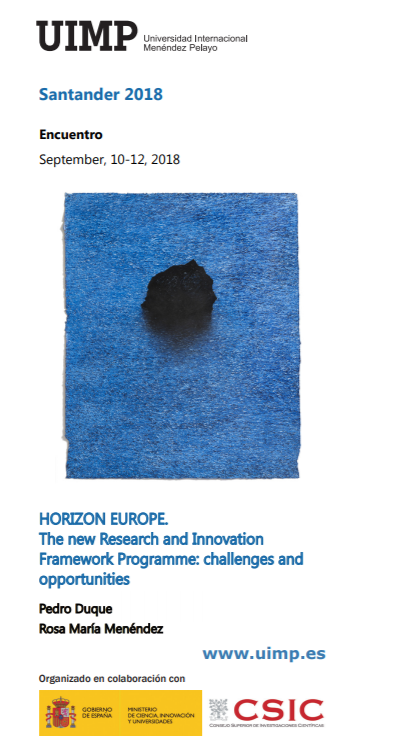 Next week NANOCOSMOS will be in the workshop “Horizon Europe: The New Search and Innovation Framework Programme: Challenges and Opportunities“, organized in the Universidad Menéndez Pelayo (UIMP) by the Ministry of Science, Innovation and Universities and the Spanish Science Research Council (CSIC) . With several panels, this meeting joins some of the relevant scientific and industrial players around new opportunities and challenges in Horizon Europe for the period 2021-2027. The program of the meeting overviews the three major pillars of the Commission’s proposal, covering all forms of innovation, global challenges through research and innovation for the uptake of innovative solutions in industry and society, as well as investigator driven high quality research and infrastructures.  NANOCOSMOS will be represented by one of its Principal Investigators, José Cernicharo, in the panel “The ERC in Horizon Europe – A Reflection on Interdisciplinarity and Multipotentialities.”

“Detecting the building blocks of aromatics” is the title of this “Insight” written by Christine Joblin and José Cernicharo (both NANOCOSMOS PIs together with J.A. Martín Gago) and talking about the history and importance of the work published by Brett A. McGuire et al. (“Detection of the aromatic molecule benzonitrile (c-C6H5CN) in the interstellar medium“) in the “Science Magazine” (12/01/2018).

This is the summary of the article from C. Joblin and J. Cernicharo:

“Interstellar clouds are sites of active organic chemistry. Many small, gasphase molecules are found in the dark parts of the clouds that are protected from ultraviolet (UV) photons, but these molecules photodissociate in the external layers of the cloud that are exposed to stellar radiation (see the photo). These irradiated regions are populated by large polycyclic aromatic hydrocarbons (PAHs) with characteristic infrared (IR) emission features. These large aromatics are expected to form from benzene (C6H6), which is, however, difficult to detect because it does not have a permanent dipole moment and can only be detected via its IR absorption transitions against a strong background source (2). On page 202 of this issue, McGuire et al. (3) report the detection of benzonitrile (c-C6H5CN) with radio telescopes. Benzonitrile likely forms in the reaction of CN with benzene; from its observation, it is therefore possible to estimate the abundance of benzene itself”. The first chapter of ‘Estrella’ is out!

‘Estrella’ is a comic developed by an ERC proyect called ERCcOMIC and inspired by Nanocosmos. As the comic team believes in the power of visual storytelling, they illustrate each in a concrete, memorable and engaging way, drawing inspiration from science through stories and images.

The story of ‘Estrella’, by the artist Lorenzo Palloni, is set in 2106, and mankind is radically evolving. The NANOCOSMOS project has changed the path of astrochemistry and astrophysics, and now is the time for an elderly Estrella Leroux to pass the torch to three young scientists. Yet the story of an impossible journey of a young Estrella as a child inside the “Stardust” (a groundbreaking machine that reproduces the processes of a dying star) calls everything into question. The three budding stargazers will discover that their destiny is bound up with the mysterious Estrella’s, on the border between a surprising past and a never-so-uncertain future!

Don’t miss the story of Estrella and enjoy! Here you can find, in Spanish and Galician, an interview to José Cernicharo and José Ángel Gago by Manuel Vicente, from the Radio Program “Efervesciencia”, where they talk about the project and about cosmic dust:
“Nanocosmos : Astrofísica e nanotecnoloxía aliadas para debullar a poira estelar”.

A Rotating Spiral Structure Around IRC+10216

Our cosmos is full of star dust, the ashes of stars that died and ejected their matter to the interstellar medium, filling it with dust and gas. When solar like stars consume the hydrogen in their cores, we say that their “main sequence” stage is finished and they begin their final phase. Because IRC+10216 is the high mass-loss star closest to us, it is the best studied evolved star and it seems to keep a secret: it is not alone.

As solar like stars evolve into the Asymptotic Giant Brach (AGB) phase, they eject large amounts of material into the interstellar medium, forming a circumstellar envelope around these objects. Thanks to the Atacama Large Millimeter /submillimeter Array (ALMA) we can now study the innermost regions of the circumstellar envelopes of those evolved stars with unprecedented precision and sensitivity.

IRC +10216 is the best studied evolved carbon-rich star. Located at an estimated distance of 424 light years, this AGB star is the high mass-loss star closest to us. This proximity has allowed the detection of a large number of molecules in its circumstellar envelope. These detections have in turn provided a deep and fruitful study of the chemical processes occurring in the ejected material of this star. The importance of these regions is fundamental since it covers the zone where the dust is formed and accelerated, and the dust grains trigger many chemical reactions.

But, after many studies from different research groups, one question remained unanswered: why was the gas shells irregularly distributed around the central star? In fact, the ejecta around it go from roughly spherical at the large scale, to relatively complex in the innermost regions.

There was a theory to explain the shape of the envelope of this evolved star.

Understanding the structure of the circumstellar envelope and the molecular gas around this star is fundamental to reveal the chemical processes therein. For example, a clumpy structure may allow the UV radiation coming from the interstellar medium to reach the inner regions of the molecular gas and trigger chemical reactions.

Also the kinematics of these ejecta allows us to study the ejection process from the inner zones and to infer the mechanism involved: the data suggests that the matter released by the ejecta is slowly expanding and rotating.

As gas shells ejected by the evolved star are expected to be spherical, the irregular distribution around it, forming a spiral front, can be explained by the presence of a companion star.

Salts as tracers to confirm the companion star

Astrochemistry uses the data obtained by the different instruments to unveil the role of the different molecules in the chemical processes that take place in the Universe.

For instance, the emission from molecules such as CO and SiS has been found to show the spiral structure of IRC +10216 while that from radicals such as CN or C3H show that the abundance of these molecules is enhanced relatively far from the star. The shape of this distribution fits with the theory of a companion star.

In this work, the metal-bearing molecules were expected to probe the innermost regions of the circumstellar envelope around IRC +10216. The first author, Guillermo Quintana- Lacaci, says “Certain characteristics of the molecules affect to their emission, for instance Sodium Chloride (NaCl) and Potassium Chloride (KCl) provide much better contrast (dynamic range) to see weak structures in regions where other molecules as (Al)-bearing molecules can’t. In particular, NaCl confirms the presence of a face-on spiral extending to the innermost regions of IRC +10216 as well as it shows that this spiral structure is rotating.”

More observations with high angular and spectral resolution would allow the researchers to better constrain the characteristics of the structures detected here, but with this work, the presence of a star orbiting IRC+10216 becomes the explanation that fits the most with the rotating spiral structure seen around it. January and February are being good months for the NANOCOSMOS outreach on the hispanophone Mass Media. Many newspapers published last week an interview with José Cernicharo (one of the three Principal Investigators of the project). You can read one of them, published in “La Opinión, A Coruña”, in this link.

Last week, Carlos Herrera, a well-known Spanish journalist, interviewed one of the Nanocosmos Principal Investigators, José Ángel Martín Gago, about the Stardust Machine. You can listen to the podcast of the program (in Spanish), “Herrera en COPE”, in this link.